Supporting women entrepreneurs as they dream, launch, and grow their businesses in CNY.

Start your journey with us today

Why work with WISE WBC?

Get one-on-one support from our expert business counselors

Learn and grow from our programming and online courses

Check out our programs

Connect and network with other local women business owners 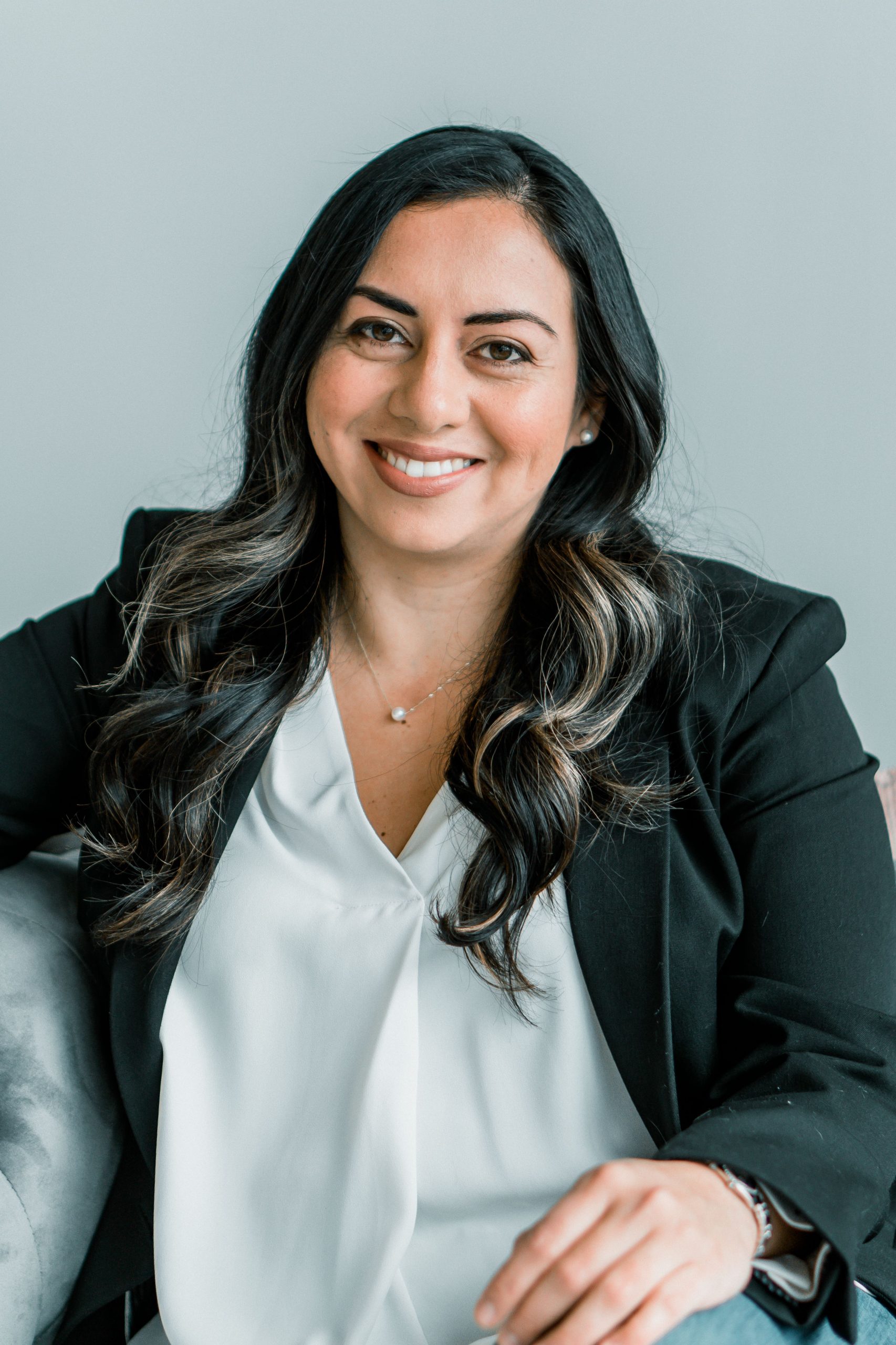 When Diana Jaramillo looked around at the many entrepreneurs she met at a WISE symposium, she thought, "These people are amazing. But that's not me." However, a couple of years later, with her daughter starting school and her full-time job unable to provide the flexibility she needed, she felt stuck and decided to turn to consider other options.

Diana walked into the WISE office and spoke with Alex, who suggested she enroll in the EXITO! Program. She did, and almost immediately after the 8-week program finished, gave her two-week notice. In 2017, she launched Kin Studio, an architecture studio taking on both residential and commercial projects with a focus on diversity, equity, and sustainability. Through WISE events and networking, she realized "there are a lot of people doing this hybrid model, working full-time and running their own business. This idea was inspiring. It's not easy, but I set up my business so that it works in balance with my life."

Kin Architecture has grown 100% year-over-year three years running, and Diana has collaborated with even more drafters, designers, and consultants. While the pandemic has impacted her studio, she's still growing and feels more committed than ever. "This studio will always be a part of my life - now that I've created this dream, I could never give it up." 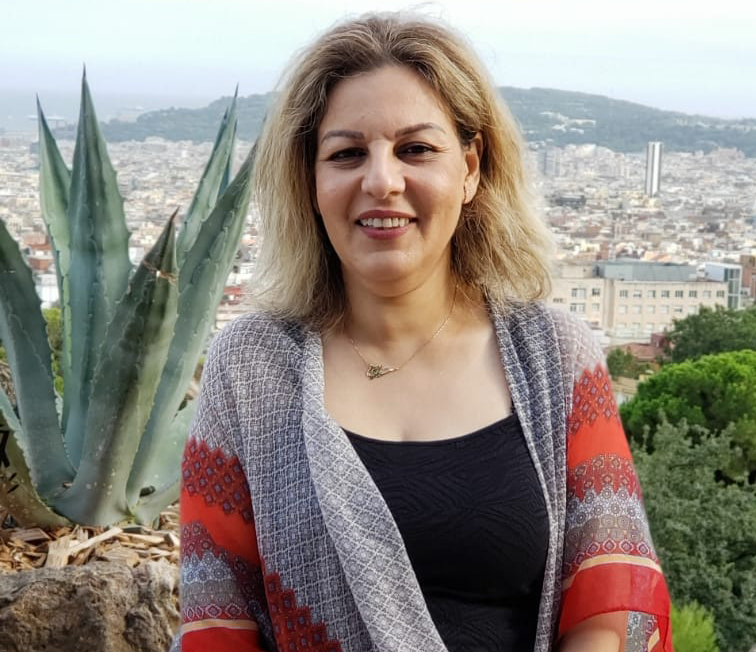 Kathy, owner of BulBul restaurant in Liverpool, first learned about WISE when she attended a networking dinner. "It was eye-opening. I got to meet a lot of women around here doing different, fabulous things. We got to talk about many topics, including business things, and it felt like a very safe, secure experience. And on top of that, it was fun."

Since then, Kathy has attended several trainings and seminars. With COVID-19, her restaurant was hit hard and she turned to the center for guidance. Lacey, a business counselor, pointed her towards CenterState CEO, where Kathy eventually received a $5k stabilization grant that helped her diversify her supply lines for spices crucial to BulBul's dishes. Kathy says that while "nothing is certain, and things are not back to normal," she's focused on reaching new customers through marketing and trying to retain as many employees as possible.

About the center, Kathy says, "I've had great experiences. Everyone is very reachable, and there are so many resources and people to provide guidance, especially for startups." 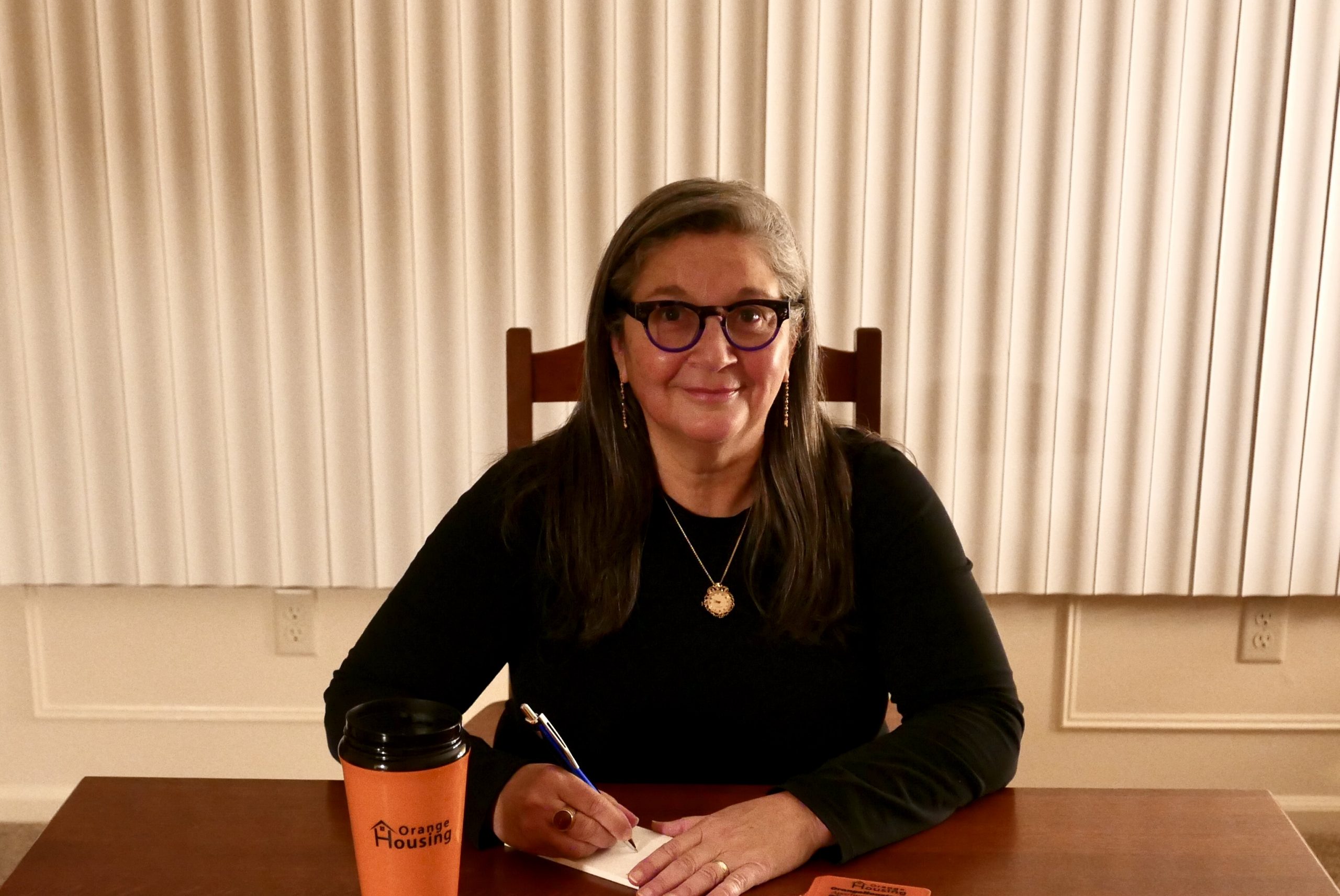 Donna Glassberg founded OrangeHousing.com in 1997 as a way for area students to find housing, and her business is still going strong 23 years on. Part of what's fueled her on-going success is her ability to tap local resources, including WISE WBC, and her commitment to self-development.

From the EXITO! Program, Donna learned how to overcome her aversion to sales by reframing it as communicating with potential customers about how she can meet their needs. Other recent virtual sessions have taught her how to leverage social media to promote her business. One-on-one meetings with Barb, one of WISE's three business counselors, have helped Donna become confident in asking for what she needs and requesting help. "As a solopreneur, I feel like I have to do everything myself. As I zig and zag around new challenges, it's helpful to have someone to listen and give me guidance about how I’m moving forward."

Beyond training programs and counseling, though, what Donna values most from WISE is the connection to other local women business owners. "It's not just networking -- it's a family of women with common interests. We look out for each other, make suggestions. It makes me feel like I’m not alone. WISE has been extremely beneficial to me while I continue to run my business during Covid." 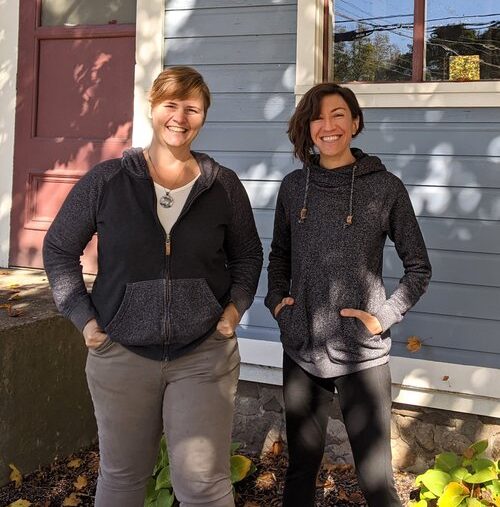 Jacqueline Cappello and Crystal Allen found in each other kindred souls when they started a cooking group for developmentally disabled adults; both women care deeply about nutrition and environmental impact. When Jacqueline was laid off because of the pandemic, she began writing about these topics and quickly started hearing from readers. "I got an overwhelming number of people who said 'This is cool, but I don't know how to cook. Can you please just do this for me?"

Jacqueline and Crystal started to take the idea seriously. They ran the numbers, then talked with one of WISE's business counselors, Barb. "We said hey, we have passion and purpose and the resources to do it, but is this a good idea? She thought that it was."

Further conversations with Barb helped the pair refine their idea. "Crystal and I know how to cook for a lot of people, and how to talk about our passion, but we have zero business background. Barb helped us lay the groundwork of our business structure and helped with planning," Jacqueline says. That combo of passion and planning has paid off -- Your Kind Kitchen, a plant-based, zero-waste meal delivery service, is on track to launch in January 2021. 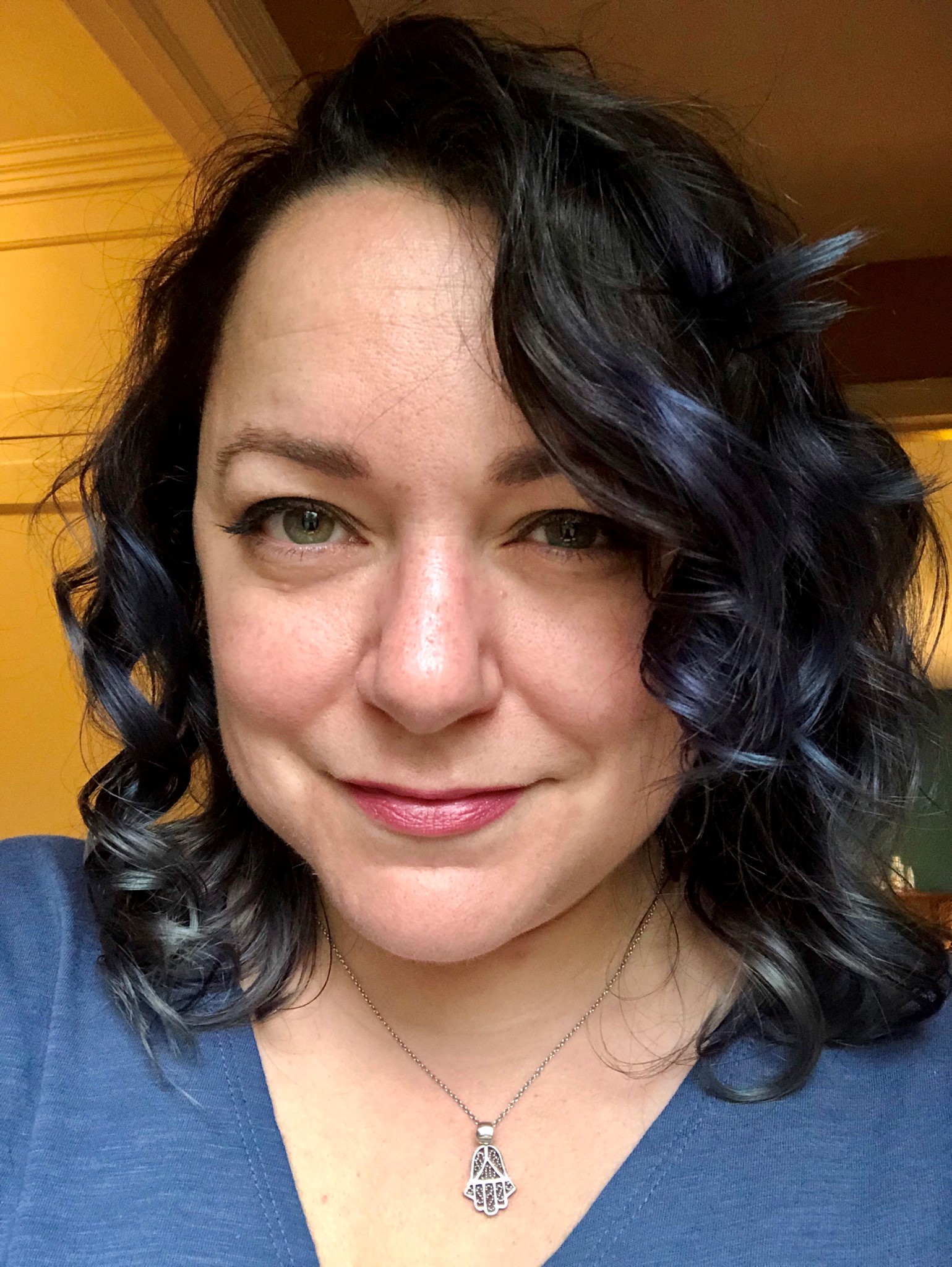 Kerry Heckman, owner of Knitty Gritty Yarns, decided to leave her career in higher education to build something of her own. She spent a year researching, finding resources, and honing her business idea, and, in doing so, came across WISE WBC. Through one-on-one business counseling, Kerry created a business plan that, when she shopped it around to banks, said it was one of the best they'd ever seen.

Since she opened the doors to Knitty Gritty Yarns in 2017, Kerry has continued working with her business counselor. "Having someone with experience looking at my plans and giving me critical feedback was really important in my process."

The Syracuse crafting community has also played a big part in Knitty Gritty Yarn's success. "When I started the shop, I wanted it to be a center for the community, a place for people to meet and also give back to the city," Kerry says. "People really showed up for that, embracing me and all my flaws." During the pandemic, the crafting crowd has continued to show up for Knitty Gritty Yarn. Some of her customers call to check in on her, volunteer their time, and even offer extra financial support. "They want to make sure that when this is all over, the shop is still here." 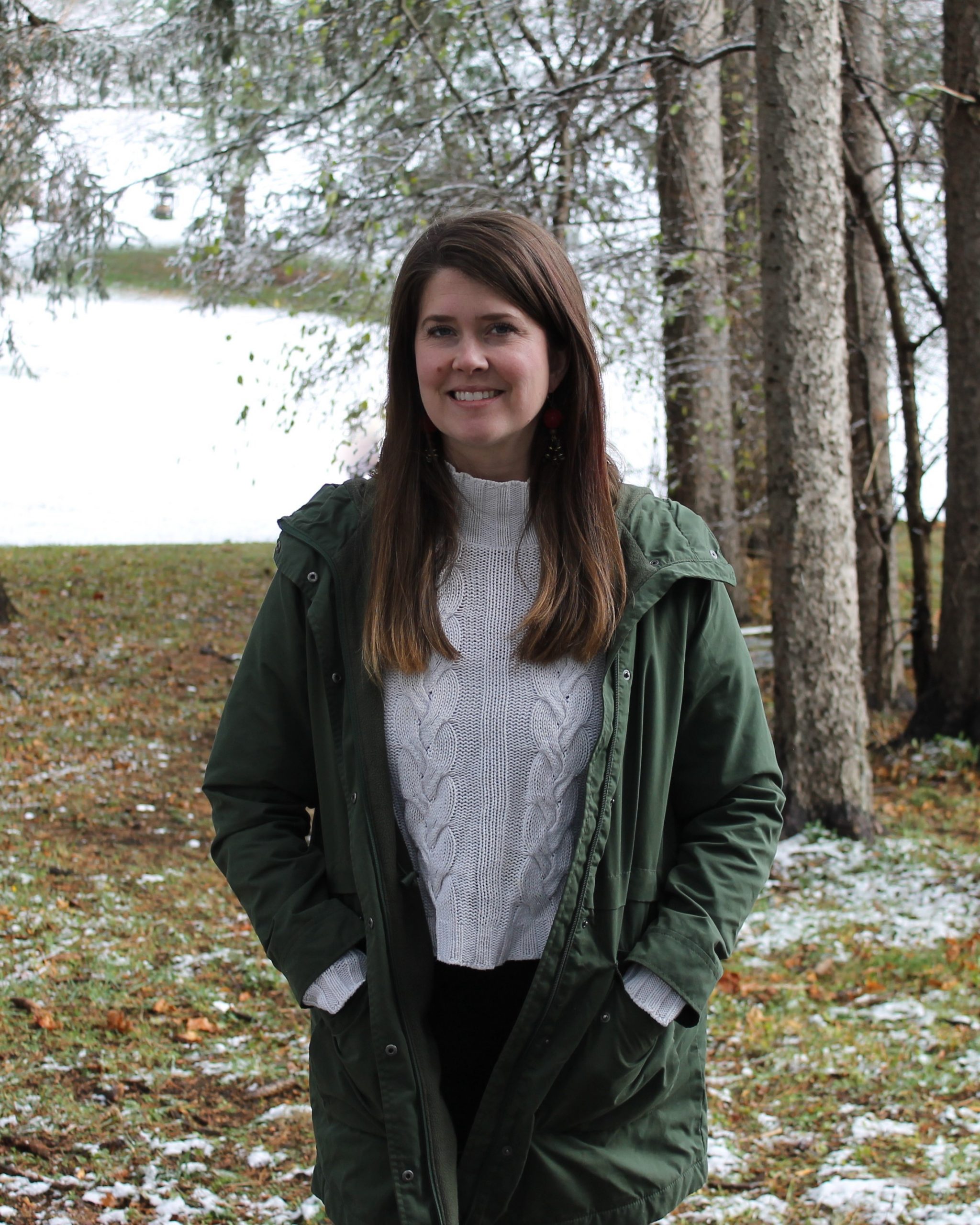 Claire McKenney, an artist with a gift for connecting people through creative projects, decided to go it on her own after a few years working with PaintNite, based in Boston. "I always told people who said they weren't creative that they just hadn't found their thing yet. I started thinking about how to offer a bigger variety of those creative projects."

And that's exactly what Claire's new business offers - a variety of creative, hands-on crafts. After meeting with her WISE counselor, Maria, and doing deep research through the SBA and NYS, Claire launched Right Mind Syracuse in September 2019. It began with in-person workshops at bars and restaurants, and by March, business was good. However, the pandemic forced Claire and her team to change their approach.

"Probably the biggest thing Maria taught me was to always look to what's next." Claire credits that lesson as part of the reason Right Mind has been able to successfully adapt. Starting in March, they offered DIY kits for people to do at home, as well as virtual workshops. As summer came around, Right Mind began hosting socially distanced outdoor events. Now, as cases rise once again, Claire and her team are transitioning back to virtual workshops. "That's another thing Maria always said - don't stop hosting the events yourself," Claire reflected. "I do still host them, even with everything else going on. That's my favorite part -- connecting with people." 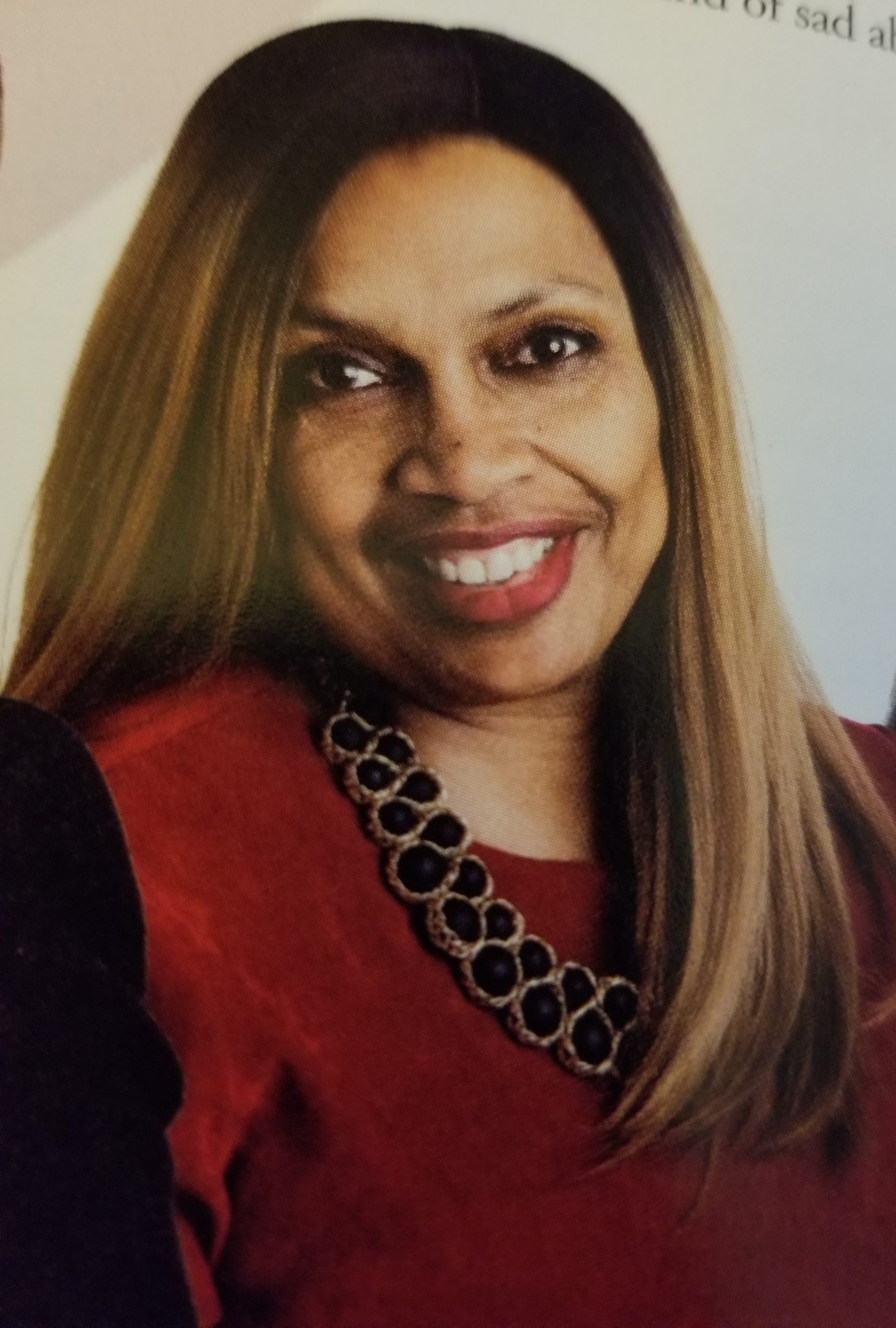 When she was living in Virginia, Eileen Collins helped an entrepreneur friend organize her paperwork and create systems to stay on top of it. Eileen did such a good job that her friend encouraged her to start a business out of it. She did, and Admin-On-Call was born in 1999. Working nights and weekends to help support her sister's Consignment Boutique, Eileen eventually stepped into her business full time when she moved to Syracuse and left her corporate job in 2012.

"The first year was challenging for me. I learned a lot through failures - it was all trial and error," Eileen said. "I almost went back to a full time job." Instead, she made a determined effort to leverage local resources, including SBDC, WISE, and WOC (Women's Opportunity Center). Of her first meeting with WISE's former director Joanne Lenweaver, Eileen recalls, "The welcome that she gave me- you would think she knew me for a long time. She introduced me to everyone, and everyone made me feel so welcome. That was it from there, full steam ahead." Eileen went on to do 1:1 business counseling, networking events, and training programs - even attending some courses twice to make sure she absorbed it all.

This dedication to self-development and relationship-building has served her well. Admin-On-Call is going into its 8th year, and Eileen received the WOC's Woman of the Year Award for 2020. She still learns from many local agencies, and also gives back by giving presentations and participating in WOC's mentoring program. "I like to be a resource for people who are coming up this path I've been on," Eileen reflected.

Stay up-to-date with our newsletter

Get the latest info about our virtual trainings, business resources, counseling, and more by signing up for our newsletter today.

Skip back to main navigation