SOPA and PIPA: Liberation from piracy, or death knell for small businesses?

Women Igniting the Spirit of Entrepreneurship > Uncategorized > SOPA and PIPA: Liberation from piracy, or death knell for small businesses? 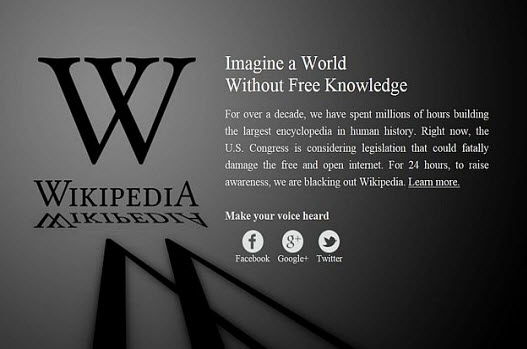 You heard about them. (If you hadn’t, now you have). They are causing an uproar. People are protesting. On January 20th, Google sported a black banner, and Wikipedia even shut down. So, what is all the fuss about, and how does it affect us mere mortals?

Stop Online Piracy Act (SOPA) “is a United States bill … to expand the ability of U.S. law enforcement to fight online trafficking in copyrighted intellectual property and counterfeit goods.” (Wikipedia.com). The Protect IP Act (or PIPA) is “a proposed law with the stated goal of giving the US government and copyright holders additional tools to curb access to “rogue websites dedicated to infringing or counterfeit goods”, especially those registered outside the U.S.” (Wikipedia.com). Well, those two bills sound great on paper, so they should be passed. Right?

Wrong. According to The Small Business Authority, and to innumerable entities all across the web, those two bills would put a severe limit to freedom, and  would lead to several undesired consequences:

This list is in no way exhaustive, and represents just a few things that could happen in case SOPA and PIPA are passed. And you, what do you believe? Do you think the bills are legitimate? If not, what changes would you prescribe? Make sure to leave your comment below, and until next week, stay WISE!

0
0
You want business innovation? You may have to hire innovators.
Identifying the Best Form of Direct Communication

Leave a reply Click here to cancel the reply