Snapchat 101: The Basics of Marketing to Millennials

Don’t let the friendly, fiendish ghost icon on the yellow background be a fleeting thought in your mind. What started as a simple messaging service for photo- and video-messaging back and forth between friends has now turned into an advertising and marketing platform for global brands and worldwide events. Unlike other social media services, Snapchat messages typically disappear one to ten seconds after they’re received (unless content is saved as a screenshot).

Jeremy Goldman, founder and CEO of digital consulting firm Firebrand Group, is constantly asked by marketers why they should care about the platform Snapchat. Launched just four years ago, Snapchat’s potential worth was estimated around $19 million in 2015. Determined to showcase the app’s marketing power, Goldman collected some key information about the video-messaging mogul:

While the trend has shown that it is most likely easier for large brands to market using the Snapchat platform, it could still be beneficial for other companies/events as well. The stats are there, according to the Snapchat website, which showcases why advertising on their platform draws a specific demographic and is optimized for mobile and vertical viewing. The example given was that Furious 7, the biggest April movie opening of all time, used Snapchat as an advertising platform. An impressive 93% of users exposed to the ad liked it or loved it—and there was a 3X likelihood that a Snapchatter who watched the ad saw the movie (as opposed to non-Snapchatters in the same demographic).

Thanks for reading and until next time… stay WISE! 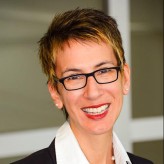 Following Your Dreams – Don’t Let Fear (or anything else) Stop You!
Social Media Interaction: The Best Times to Tweet for Clicks, Retweets & Engagement

Leave a reply Click here to cancel the reply

Learn how to support the WISE Women’s Business Center